(Scroll further down to see English story below, after text in French) 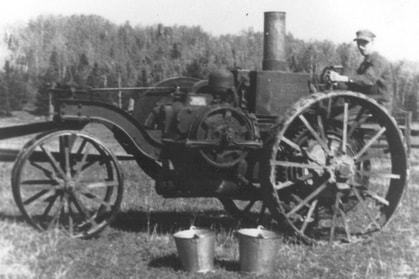 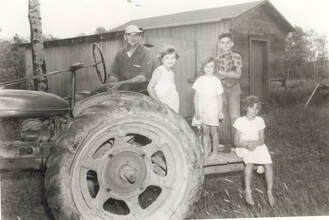 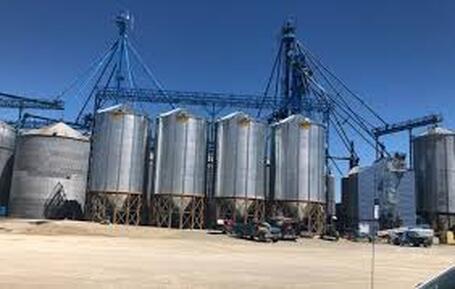 History of Agriculture in the Area of Nipissing-Sudbury 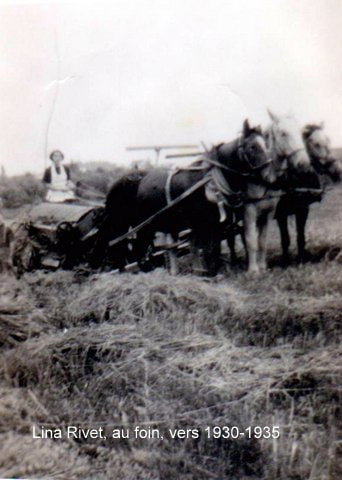 The region developed with the construction of the CPR railway in 1882-1883. Have you ever thought of the magnitude of this project which involved building a railway from one ocean to another? A large number of railwaymen were sons of farmers from the province of Quebec. At the time, the tradition was that farmers’ sons settled on land to ensure the well-being of the family. When they cleared the railway line, these railwaymen discovered the quality of the soil. In no time, the news spread to Quebec and families emigrated to the region from 1885 to the year 1900. We must not forget that these families lived in Quebec for two centuries. Quebec families had divided their land a number of times to establish their sons, to the point where the lots of land no longer met the needs of the family.

When the families settled in the Nipissing area, they bought a 160-acre lot at a cost of 50 cents per acre from the Government of Ontario. Families had to clear a certain number of acres a year. My great-grandfather, Joseph Beaudry, bought 160 acres of land for all his sons. At that time, agriculture was a self-sustaining agriculture: a good roof for housing, a good source of heat from firewood, hay and grain to feed the cattle, which in return, provide milk, meat, eggs, wool, etc. In addition, the family grows a large garden for fresh vegetables and canned foods for the winter.

Many farmers in the area saw to the farm work during the summer and left for the wood camps to become lumbermen in the winter since the timber industry was thriving because of demand from European countries. At the beginning of the 20th century, there were sawmills all over the area: Field, Cache Bay, Verner, Noëlville and the paper mill in Sturgeon Falls. Beyond the family's self-sufficiency, farmers were encouraged to produce more hay and oats to be sold for horses at the wood yards. There was a great need for food: meat, potato, eggs, milk, cream, canned fruit.

The area quickly became a dairy region, especially with the development of mines in Sudbury. In the early 1900s, it was the Sudbury rush that offered good wages in the mines. Families needed milk. My grandfather Francis Beaudry was one of the suppliers of milk in Sudbury. The cans of milk were transported to Sudbury on the train, the "Local" that ran daily between Sudbury and North Bay. Here’s an anecdote related to the "Local": my father Émile, at the age of 11, was hit by the train at the crossing in the village of Verner while delivering cans of milk. His brother Euclide, 14, was driving the truck. Did the young people run a race with the train for the crossing? I still have no answer.

In the 1940s, the rural population mobilized around the cooperative movement. The establishment of credit unions and agricultural cooperatives was successful in the province of Quebec. With the support of the clergy, study circles were initiated to explain the principles of cooperation: if we work together, we provide services, we group our local economies, we can strengthen the community. The Caisses populaires were born, as well as the Coop stores throughout the region. In 1951, leaders quickly realized that cooperatives had to work together. The 5 local co-ops in Verner, Lavigne, Noëlville, St-Charles and Desaulniers came together to create the Coopérative régionale de Sudbury Nipissing Ltée.  Since then, the Regional Cooperative provides services to its customers through its grocery stores, hardware stores, the sale of oil, feed, chemical fertilizers, pesticides, etc.

In the 1940s, 1950s, 1960s, there were over 400 dairy farmers in the region: 250 year round producers to supply 5 dairies in Sudbury (Modern, Palm, Standard, Copper Cliff and Coop), 1 to Verner (Laiterie Côté) and 1 at Sturgeon Falls (Leach Dairy) and 150 seasonal producers (Spring to Fall) who sold  cream at the Desrosiers butter factory in Verner. The latter closed its doors in 1968 due to a lack of volume. The producers of the time formed an association to put order in the milk market and to establish a fair price for the product, to establish a control of the production (quota) and to implement a functional transportation system. 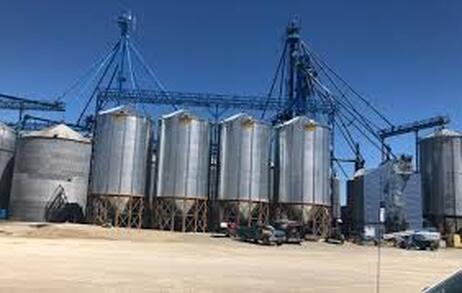 From 1965 to 1995, there was a decline in agricultural activities in the region. There was little succession as children were not interested in pursuing a career in farming. The local meat market shrank and the grain market was non-existent. Farms were going out of business. Cultivated fields returned to the forest and pessimism settled in the community. How could we overcome the challenge? How can we create enthusiasm?

The Association pour l’amélioration des sols et récoltes de Nipissing Ouest (West Nipissing Soil and Crop Improvement Association) takes up the challenge of land abandonment in some way. The federal government operated an experimental farm in Verner and Noëlville from the 1920s to the 1970s, where new cultures and ways of farming were demonstrated. When the provincial government opened a research farm in New Liskeard in 1970, the federal government withdrew from Nipissing. This ended up creating a void. This region close to Lake Nipissing does not have the same conditions as Témiscamingue. In 1988, the members of the Association convinced the Ontario Ministry of Agriculture through the Association of West Nipissing Municipalities (Sturgeon Falls, Springer, Cache Bay, Verner, Field). to subsidize a site of three acres (3) for agricultural research. This site is managed by the New Liskeard Research Station (John Russell, John Kobler, Nathan Mountain). It is a joint venture between New Liskeard and the Soil and Crop Improvement Association. For 30 years I was busy collecting statistical data of temperature readings during the growing season (May to October). The Association organizes an annual study day and an exhibition of grains and fodder. It also organizes a day to visit farms during the summer. Farmers respond well to both activities. There is interest.

On November 14, 1996, Agronomist André Lemay, Economic Development Officer Denis Gauthier and a few farmers from the region held a brainstorming session with growers. Sixty farmers answered the call. How can we get the farming community to take a turn? Four projects emerge: the promotion of agriculture; canola growing, the project of a grain elevator and goat milk farms.

If farmers want to venture into field crops (canola, soybeans, barley, oats, wheat), there must be the right infrastructure in place to ensure product quality. The project of a grain elevator is consequentially essential.

A committee is made up of the following people: Rhéal Brouillette, Marcel Betty, Gérald Beaudry, Maurice Rainville, Daniel Olivier, Alex Dure, Denis Gauthier and Raymond Savage (Manager of the Regional Cooperative). In 1997 a feasibility study was carried out, followed by a fundraising campaign in 1998 (Caisse Populaire, Regional Cooperative, 56 farmers, Fed Nor, Heritage Fund). In 1999 there was the construction of the grain elevator at a cost of 1.8 million dollars, followed by its official opening in 2000.

Meanwhile, the Hay Producers Association was formed in 1995. The Association is made up of 80 farmers whose main client is the Sudbury mining company, Inco Vale. Ontario delivers on average between 15,000 to 20,000 round bales of hay and straw annually to cover and revegetate soils that have been affected by mining operations in the Sudbury area.

The local population shows an interest in obtaining food locally (meat, vegetables, cheese, eggs).  In 1997, the Northern Ontario Heritage Fund Corporation (NOHFC) announced a program to boost agriculture in Northern Ontario. However, the agency wants to deal with a recognized corporation instead of working with a multitude of farmers.

The West Nipissing Sudbury Agricultural Support Projects Inc. (WNESASP) was formed in 1997. The founding members are: Martin Smits, Jacques Séguin, Joerg Biuchli, Paul Schoppman, Aimé Beaudry, Daniel Olivier and Gérald Beaudry. The directors are John and Janet Parsons from 1997 to 2017 and Michel and Hélène Champagne from 2017 to 2019. The corporation conducted 15 projects (warehouses, barns, oxen, drainage) from 1997 to 2002 for $ 6.7 million in economic spin-offs . In 2010, 26 solar panel projects were installed for a value of $ 3 million. From 2014 to 2019, drainage is addressed for a total of more than $ 6.6 million. As a result of all these projects, the land that had been abandoned is now in production.
The Regional Cooperative (Coop), headquartered in Verner, is the last agricultural cooperative in Northeastern Ontario. The Coop is present from Sault Ste Marie to Mattawa (Route 17) and from Powassan to Kapuskasing (Highway 11). In 2018, the Coop recorded sales of $ 87 million and had over 100 employees.

One Last Word
The canola crisis with China is creating trouble for producers. Hubert Beaudry, representing Ontario, sits on the Canadian Canola Council.